Lessons learnt from the last tariffs negotiations with the USA
A special presentation by:
Dr. Jesús Seade, Mexican Undersecretary of Foreign Affairs 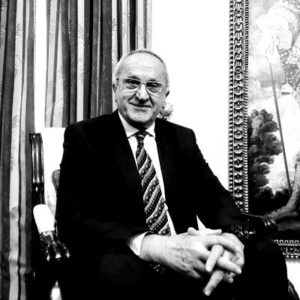 Dr. Seade has kindly agreed to share with our membership  the experiences of the Mexican Foreign Affairs team led by Secretary Marcelo Ebrard that reached an agreement with the USA on 7 June 2019. He is an international negotiator, global academic and economic diplomat who has held top positions in the Mexican government, WTO, IMF, World Bank and leading universities in the UK, France, Hong Kong, China and Mexico.

He became full Professor at UK’s Warwick University five years after leaving graduate school and was briefly a Professor in France (CEPREMAP) and the founding Director of the Economics Department at El Colegio de México. After three years in senior positions at the World Bank (Principal Economist for Public Finance, where he led the introduction of VAT in Brazil), he was appointed Mexico’s Ambassador/Chief Negotiator in the creation of the World Trade Organization (WTO). He was then elected by consensus among members as founding Deputy Director-General of WTO and was later Senior Advisor at the IMF, where he was the top officer in charge of policy on three major countries financial crises (Brazil, Turkey and Argentina). In 2007 he returned to academia, as Economics Chair Professor at Lingnan University in Hong Kong where he was soon appointed as (the university’s only) Vice President: the first non-Chinese VP in any of Hong Kong’s eight universities since devolution from the UK.  In January 2017 he accepted a position as Associate VP for Global Affairs at a top young international university in China’s leading hi-tech city: CUHK Shenzhen.

On 1 July 2018 Jesús Seade was appointed by Mexico’s new President Elect to represent him as his Chief Negotiator in the NAFTA2.0/USMCA negotiations and he is currently Mexico’s Undersecretary for North America at the Ministry of Foreign Affairs where he retains special responsibility for the oversight of all matters related to the USMCA ratification process.

Dr. Seade is a Chemical Engineer from National Autonomous University of Mexico (UNAM) and has a Ph.D. in Economics from Oxford University.

The Chatham House Rule was inforced and the event was conducted in Spanish.